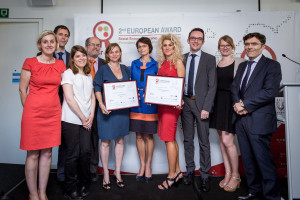 The headquarters of the European Foundation Centre in Brussels, also known as Philanthropy House, was host to the prize-giving ceremony of the Second European Award for Social Entrepreneurship and Disability: Promoting Social Investment, an initiative led by Fundación ONCE, with the collaboration of the European Commission, within the framework of the European Network for Corporate Social Responsibility and Disability (CSR+D). Both the Network and the Award are initiatives co-funded by the European Social Fund. The ceremony was chaired by the European Commissioner for Employment, Social Affairs, Skills and Labour Mobility, Marianne Thyssen, together with the Executive Vice President of Fundación ONCE and Ilunion President, Alberto Durán.

Around fifty distinguished participants attended the ceremony, representing institutions like the European Commission and the European Parliament, as well as Permanent Representations, companies and other European entities. Speeches were held by Aurélie Baranger, Director of Autism Europe in representation of the European Disability Forum; Olivier Mey, Human Resources Director at L’Oréal Belgium, and Dharmendra Kanani, Policy Director at the European Foundation Centre.

Fundación ONCE launched the Second European Award for Social Entrepreneurship and Disability last 28 October 2014, and counted again on the collaboration of the European Commission, L’Oréal (FR), Telefónica (ES) and the Ministero del Lavoro e delle Politiche Sociali (IT) –the three founding partners of the CSR+D Network, together with Fundación ONCE-, as well as Fundación Triodos (ES), Kanchi (IRL) and Essl Foundation (AUS), in addition to two new organizations that joined this second edition: European Disability Forum, a platform that represents Disability European-wide based in Brussels and EIDD- Design for All Europe (IRL). The Jury of this second edition was made-up of one representative from each of these organisations. 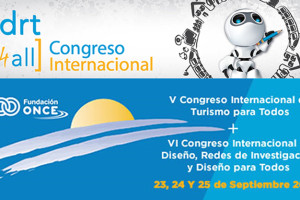 VI International Congress on Design, Research Networks, and Technology for All 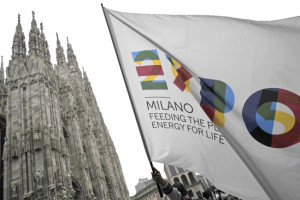