Cities for All Exhibition

Cities for All Helsinki was an international conference aimed at bringing together a diverse range of solutions, illustrating the genuine potential of design to cater for different people’s needs and create a better city for all. The conference was part of the official World Design Capital Helsinki 2012 programme. The inauguration was in Helsinki, at the Music Center.

Afterwards, the traveling exhibition was in: 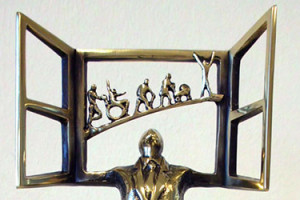